According to Ashtang Ayurveda, the body is made up of five elements Ether, Air, Fire, Water, and...
Read more

Aloe Vera has existed one of the most significant plants used in traditional medicine. Aloe Vera or so-called “Ghrit Kumari” in Sanskrit is a member of the lily family and is very similar to the cactus in their characteristics. 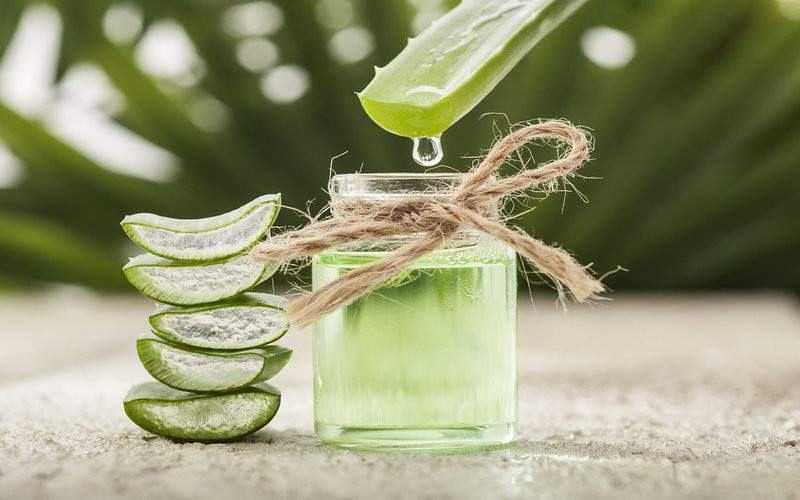 There are more than 240 species of aloe, however, only 3 or 4 of them have medicinal properties; the most powerful is the Aloe Vera Barbadians. Originally from North Africa and Spain, now it is also grown in the hot dry regions of Asia, Europe and America.

It is one or two feet in height; and its leaves are succulent, wide at the base, and pointed on the ends, with spines on the edges. These fat leaves contain healing gel that is 96% of water and 4% Contains 75 substances such as vitamins A, B, C, E, calcium, amino acids for building proteins, and enzymes used in the digestive system.

The Egyptians called Aloe Vera as the “plant of immortality” and added it among the funerary gifts buried alongside the Pharaohs.

The medicinal benefits of aloe were identified in ancient civilizations, Indian, Chinese, Greek, and Roman. Traditionally used to cure wounds, relieve itching and inflammation, and is recognized for its anti-inflammatory and antibacterial properties. Below are some of its more uses.

Aloe Vera contains surprisingly high levels of antioxidants. Antioxidants fight free radicals (highly unstable reactive molecules responsible for aging and cell damage) in your body, its neutralization, and the prevention of cells from exacerbating diseases such as cancer.

Did you ever think that the age of the aloe Vera plant would affect its effectiveness in your health? A very interesting study published in from China found that the older the aloe Vera (Aloe Barbadensis) plant has stronger antioxidant/free radical scavenging activity.

Basically, it is suggested that aloe Vera contains different antioxidant active components in different grades at various stages of its development.

2. It Aids In Indigestion

Aloe Vera contains eight specific enzymes that work miracles indigestion. Specifically, the enzymes contained in aloe Vera help the breakdown of sugars and dietary fats, which ultimately help digestion and improve nutrient absorption. Some of these enzymes are called lipases and proteases, and their job is to break down food and help digestion.

4. It Helps In Glowing Skin

We have all heard of the miracles of “mineral makeup”, but we probably would never have thought that aloe contains 10 of the most important minerals for the skin (and is much cheaper than mineral makeup).

Key minerals include calcium, chromium, copper, iron, magnesium, manganese, potassium, phosphorus, sodium, and zinc. So it may not be a bad idea to put aloe vera gel on your face before going to bed to make it look bright in the morning.

As mentioned earlier, aloe contains a matrix of minerals, one of which is zinc. Applying aloe both topically and taking it orally can help with acne.

Zinc reduces the amount of natural oil, or sebum, produced in the skin. It can also help heal damaged skin around acne. Some research even suggests that acne formation is the result, in part, by the lack of dietary zinc.

Aloe Vera contains many enzymes (proteins), but one, in particular, is responsible for helping reduce pain. Its name is a kinase, and it helps specifically reduce excessive inflammation when applied to the skin.

There are other enzymes in aloe, so digest all the dead tissue of the wound, leaving more room for healing, but kinase is the best known.

There is nothing worse than having a direct or indirect freeze injury. In general, there are four stages of this type of injury. (1) numbness and redness of the skin (2) swelling, icing, blisters, and the release of a chemical called “thromboxane” (3) the damage extends to the sub-dermis (deeper layer of skin that is adhered to the skin of the bone, and supplies the muscle tissue with blood vessels and nerves) (4) the thickness of the entire tissue that results in blood loss and even gangrene.

Aloe has been used clinically in this assumption to treat blisters and where there is structural damage, in addition to reducing pain.

8. It Fights Against Cancer

We all know the incredible capacity of aloe to heal wounds, reduce pain and help the skin, but did you know that some researchers have found that it is an incredible active agent for the prevention of tumors?

Although the research is not yet complete, a study and a set of results from Japan really highlighted these properties. The study surveyed a large group of lung cancer patients in Japan and found that ingesting aloe juice, presumably the gel, prevented lung carcinogenesis (cancer in the respiratory area) and also prevented stomach and colon cancer.

Aloe Vera activates the growth of new hair along with the growth of existing hair follicles by increasing blood circulation in the scalp.

It also cleanses the scalp by balancing the pH level. When the scalp is clean and the blood circulation in the scalp is good, nothing can stop proper and faster hair growth.

Diabetes is a metabolism disorder characterized by low insulin secretion (that is, the body’s pancreas has difficulty converting sugar into energy).

However, the causes, symptoms, and treatments are varied and have to be carefully distinguished. However, an interesting study really stood out and aloe considered useful for diabetes sufferers, or those who have trouble controlling sugar/blood sugar cravings.

The study involved more than 3,000 diabetic Indian patients and found a reduction in blood sugar levels in 90% of cases after patients were fed the bread that had incorporated aloe gel.

Mandukaparni Benefits, Uses and Side effects

Centella asiatica is known as Brahma-manduki, Mandukaparni in Sanskrit, and Brahmi in Hindi. Nowadays it is commonly known as Gotu Kola. It...
Read more
Ayurvedic Herbs

According to Ashtang Ayurveda, the body is made up of five elements Ether, Air, Fire, Water, and...
Read more
Foods

Ayurveda Diet – How To Eat For Your Dosha?

What is a Ayurveda Diet? According to Ayurveda, everything in the universe is classified into five elements: space,earth, water, air, and fire.These...
Read more