According to Ashtang Ayurveda, the body is made up of five elements Ether, Air, Fire, Water, and...
Read more

The word yoga came from the Sanskrit language which means, to unite or join, or just union. The Sanskrit word yoga has many translations and can be explained in many ways. It comes from the root yug that initially meant “to tie up” ie. Like joining of horses to a vehicle carriage. 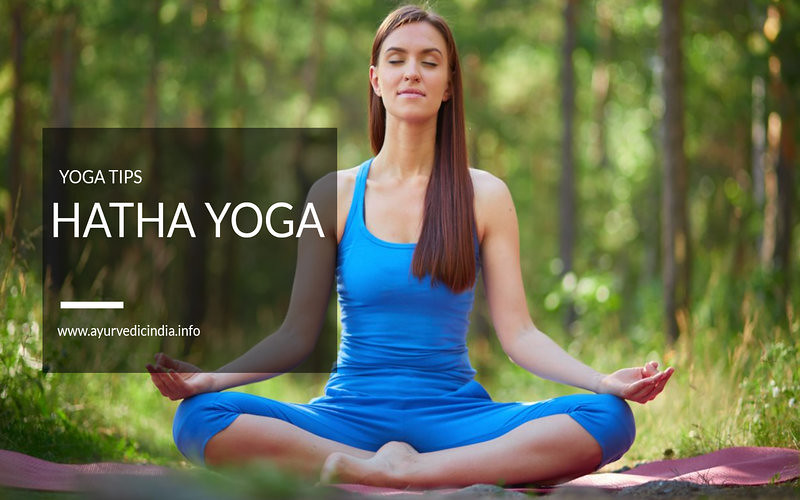 In other words “to be positive and active” .There are other meaning is join, yoke, concentrate or unite. Fundamentally yoga means of combining characterize with a method of discipline. A male who performance this discipline is called a yogi or yogin; a female practician a yogini.

Yoga embarked on in India in late 3300 to 1700 BC, at the Indus Valley Civilization scientific have discovered several seals, that show drawings and symbols of  yoga and its meditative like posture.

This great deal of verification support that these pictures illustrate a form of ritual discipline, which indicates a sign of yoga. The archaeologist Gregory Possehl has also pointed that there were sixteen other “yogi glyptics” according to images found by him at Indus Valley Civilization.

The Four Historical Event Of Yoga.

The prehistoric texts of Vedas are the oldest scriptures throughout the world. The Sanskrit word Veda means “knowledge” and rig means “praise.” Thus, the Rig Vedas are a collection of introits that are in praise of a higher power.

Other three Vedas are Sama Veda which means “Knowledge of chants”, Atharvana Veda  refer as “knowledge of Atharvana” and Yajur Veda generally known as “knowledge of sacrifice”.Vedic Yoga can as well be called antiquated Yoga, as people believed in a ritualistic way of life.

Traditions, sacrifices, and rituals existed since they were considered a means of connection with the spirit world. People diverted to rishis or Vedic yogis for illumination. Vedic gurus were blessed by a vision of the supreme reality, and their songs of praise speak of their amazing gut feelings.

This involves an expansive era of approximately 2,000 years up to the time of the second century. Gnostic books called the Upanishads, that spoke in specify about the self and fundamental realism appeared. There are more or less 200 Upanishads.

One of the most notable yoga scriptures is the Bhagavad-Gita, that was composed approximately 500 B.C.The central instruction of the Gita is, to do ones’ duty and not anticipate the fruit of the action.In 1200 BC, the great teacher Rishaba, who was the supporter of the tradition of Jainism, also pointed up on efforts devoted to the liberation from the spirit.

It was through this time, that Yoga established its way into Buddhism too; Lord Buddha was the first Buddhist to study Yoga. Buddhist scriptures lay stress on meditation and concrete postures, which are yogic practices.

In the second-century C.E, Patanjali composed the yoga sutras, which contains 195 signs. They explain the Raja yoga or the eight-fold paths that are meant to be remembered as it is not in a written form. The earliest known Sanskrit narration on the sutras is Yoga- Bhashya (speech on Yoga), by Vyasa in the fifth century.

Patanjali believed that everyone is imperturbable of matter (prakriti) and spirit (purusha).He recommended that yoga would rebuild the spirit to its complete reality, a guidance that saw a shift from non dualism to dualism. This era in yoga looks after the teachings of Vedanta, that there is greatest unity in everything in the universe.

Vedanta is the thoughtful system based on the teachings of the Upanishads.The earlier centuries saw yogis laying attention only on meditation and contemplation. Their ambition was to shed their mortal coils and unite into the infinite.

However, for the time during this period, yogis started to probe the hidden powers over the body. Yoga masters designed higher yogic practices that would refresh the body and perpetuate its life. This led to the birth of Hatha Yoga that is practiced throughout the world now as days.

After a few centuries after the scholars of “Patanjali” created a technique of yoga practices designed to revitalize the body and prolong life. They dismiss the teachings of yoga described in the ancient Vedas and adopt the physical body as the means to achieve wisdom.

They developed Tantra Yoga, with revolutionary techniques to cleanse the mind and body to break the knots that bind us to our physical existence. The creation of these physical-spiritual connections placing body at the counterpoint led to the creation of “Hatha Yoga”.

What is Hatha Yoga?

The yoga of positions or asanas is called Hatha Yoga. It extensively comprises of asanas (body postures), pranayama (body manners) relaxation and purifying techniques. The foremost goal of Hatha yoga is to promote concentration and meditation, that is practically a preparation for accomplishing the final stage of yoga, called “Samadhi”.

Along with Hatha yoga, Tantra yoga in addition developed during this period. Tantra yoga is the course of traditions and mantra or mysterious syllables.

The History Of Modern Yoga

In the 18th century and early 1900s, people came to recognised yoga, when a teacher named Swami Vivekananda travel to the West. It was in the year 1893 when the Parliament of Religions was held in Chicago; Swami Vivekananda wowed the audience with his lectures on yoga and universality of the world’s religions.

Lately in the 1920s – 1930s “Hatha Yoga” was encourage strongly in India with the work of Swami Sivananda, T. Krishnamacharya, and other yogis who were practicing Hatha Yoga. Later T. Krishnamacharya opened the first school of Hatha Yoga in Mysore in 1924 and then in 1936 Sivananda founded the Divine Life Society on the banks of holy river Ganges.

After some years T. Krishnamacharya produced three students name B.K.S. Iyengar, T.K.V. Desikachar and Pattabhi Jois who continue their legacy and increase the popularity of Hatha Yoga. Sivananda was a creative author who wrote more than 200 books on Hatha yoga and later established nine ashrams and countless yoga centers throughout the world.

Then after the importation of yoga to the West still continues to a trickle until Indra Devi opened her yoga studio in Hollywood in 1947. After that many more Western and Indian teachers have become pioneers, popularizing Hatha yoga and earn millions of followers. Now days there are many schools on Hatha Yoga that teaches different styles, all focusing on different aspects of the practice now.

If you follow the basic yoga rules in your life you may acquire several benefits. Yoga can change your body sections by making it the flexible, thin, and stable body. Breathing techniques can purify the blood and clear the problems such as nasal passages and sinuses. The great advantages are it relief Stress relief that is necessary for healthy life.

YES, YOGA CAN! THE DIFFERENT WAYS IN WHICH YOGA CAN TREAT PIMPLES AND ACNE

The ancient tradition of yoga is considered to be a gift to the world from the Indian subcontinent. Developed around two and...
Read more
Yoga Asanas

Yoga protects us all. Let us protect yoga too!!

21st century and here we are still trying to figure out our body, trying to see things that are naturally hidden. Wasting all our...
Read more

According to Ashtang Ayurveda, the body is made up of five elements Ether, Air, Fire, Water, and...
Read more
Foods

Ayurveda Diet – How To Eat For Your Dosha?

What is a Ayurveda Diet? According to Ayurveda, everything in the universe is classified into five elements: space,earth, water, air, and fire.These...
Read more